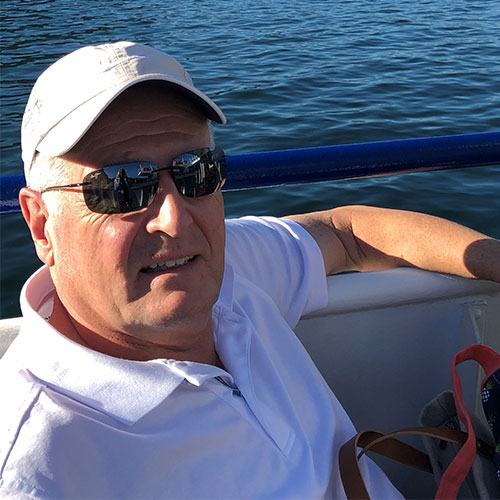 Don’t Let BPH Get in Your Way

Fred is 68 years old. Originally from the Netherlands, he now resides in Atlantis, FL. For many years, he served as the Chief Technology Officer in the Cardiology Division at Boston Scientific. He’s very active in his free time and enjoys hiking, sailing, windsurfing and traveling.

At first, I didn’t know I had a problem.

It was just taking longer to use the bathroom than it used to. But pretty soon, I was getting up in the night and needing to go more frequently. It clicked when a friend mentioned that as a general rule, it should take around 13 seconds to empty your bladder, and if it takes longer, you should talk to your doctor.

So, I contacted a doctor I trusted.

I talked to my family physician, who recommended I see a urologist and provided a couple of options. After some research, I found a urologist who I felt would be a good fit and scheduled an appointment.

I completed a series of tests before getting a diagnosis of benign prostatic hyperplasia, or BPH. My doctor presented three options for treatment: medication, surgery, or a minimally invasive procedure, Rezūm Water Vapor Therapy. Rezūm Therapy treats the cause of BPH by using the natural energy stored in water vapor, or steam, to remove the excess prostate tissue.

I opted for Rezūm Therapy and had my treatment in September 2020. The procedure itself was as my doctor described – uncomfortable, but not painful, and over quickly enough. The first month after was a little tough, but I recovered steadily.

Life’s back to how it used to be.

Now, six months later, I feel great. I’m sleeping through the night and spending less time in the bathroom.

If you think you have BPH, get tested and talk to your doctor. Find out if you’re a candidate for Rezūm Therapy – and if you are, I strongly recommend you do it. After Rezūm Therapy, I feel born again.

Results from case studies are not necessarily predictive of results in other cases. Results may vary
Individual recovery varies. Experience may not be representative of all cases.
Caution: U.S. Federal law restricts this device to sale by or on the order of a physician.
Content on this web page is for Informational Purposes only and does not constitute medical advice and should not be used for medical diagnoses. Boston Scientific strongly recommends that you consult with your physician on all matters pertaining to your health or to address any clinical/medical questions.
All images are the property of Boston Scientific. All trademarks are the property of their respective owners.
Rezum.com is a website sponsored by Boston Scientific.